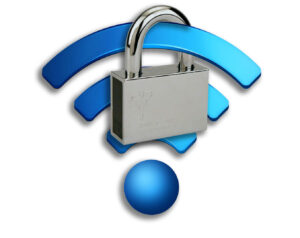 Home and Small Business routers have become an ideal target for attackers seeking to gain control over a user’s access to the Internet, according to United States Computer Emergency Readiness Team (US-CERT).

Router misconfigurations (such as default credentials and interfaces open to the Internet) or the lack of security precautions (such as failure to apply updates and patches) can make users susceptible to exploitation.  Once cyber attackers gain unauthorized access to a vulnerable router, they may be able to obtain sensitive information from a user’s computer or perform other attacks.

Why Secure a Router?

Routers are directly accessible from the Internet, are easily discoverable, are usually continuously powered on, and are frequently vulnerable because of their default configuration.

A router comes configured with many vendor default settings.  Many of these settings are public knowledge and make a router susceptible to cyber attacks. Remember to change your router default log-in password during your initial setup.

Most routers are preconfigured at the factory and are Internet-ready for immediate use.  After installing routers, users often connect immediately to the Internet without performing additional configuration, thinking additional safeguards as too difficult or too time consuming.  Unfortunately, the default configuration on some routers offer little security and leave home and small business networks vulnerable to attack and a target to obtain a user’s personal or business data.  Wireless features incorporated into these devices add another vulnerable target.

Take preventative steps to increase the security of your router and reduce the vulnerability of the internal network against attacks from external sources.