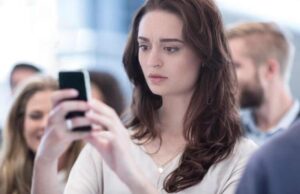 Phishing doesn’t only come by way of an email message. There are many ways cybercriminals can dupe unsuspecting users. Using a phone is one way that is becoming more popular as the number of cell phone users increases across the globe.

Called “vishing,” these scams are perpetrated when someone calls and tries to trick the phone recipient into falling for something. In many cases, it is a promise of something free.  In other cases, it could be a pre-approved credit offer or tech support.

A newer scam, called Wangiri, involves “missed calls.”  A scammer will call from an anonymous (usually) international number.  Some people will call that number back and when they do, they are rerouted to premium rate phone numbers. They get an automated message that keeps the caller connected until he or she hangs up the phone. These numbers rack up charges every second the phone is connected without the caller’s knowledge or permission.

Wangiri translates to something similar to “one ring and cut” in the Japanese language. That is where the scam was first used by cybercriminals. It uses one ring, then stops.

Some other reports note texts offering free prizes and contests where the victims can win money. If the number is called, a pre-recorded message comes on the line and just eats away money or credits on the phone.

It is difficult to know if an “unknown” number is legitimate or not. Recently, the Federal Communications Commission (FCC) has allowed mobile service providers to block known spoofed numbers. Authorities have discussed doing something about this, but stopping this behavior has been difficult.

Resist the temptation to pick up phone calls or return calls to unknown numbers. It can be a scammer. If the call is important, the caller will reach you, leave a voice-mail message or contact you in another way.  If you do pick up, never provide any confidential information to the caller.  In fact, it is best not to say a word.  Just hang up the phone.

When a person who is called says, “yes,” that they can hear the caller, their reply can be recorded and used to authorize fraudulent charges via telephone on the victim’s credit card or other account, the FCC warns.

Contact the Treasury Inspector General for Tax Administration to report a phone scam related to your taxes or use the “IRS Impersonation Scam Reporting” webpage.