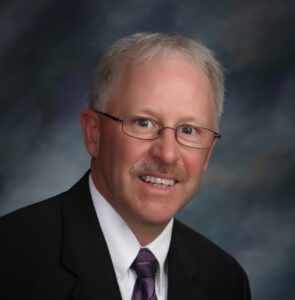 A native of Hallock, Paul has played a leadership role at American Federal for 32 years.

“Paul was part of the team leading American Federal into ag lending in the early 1990s. This led to the bank’s position as a top ag lender in the United States,” said Steve Worwa, Chief Executive Officer of American Federal Bank. “Under Paul’s leadership, the Hallock Sales Office has been greatly successful, expanding twice, with the most recent addition of new offices which has doubled the size of the bank in Hallock.”

Paul began his banking career as a Loan Officer at the former Northwestern State Bank in Hallock, and joined American Federal as a Branch Manager in 1987.

Paul and his spouse, Janelle, make their home in rural Hallock, where they own a cattle farm.