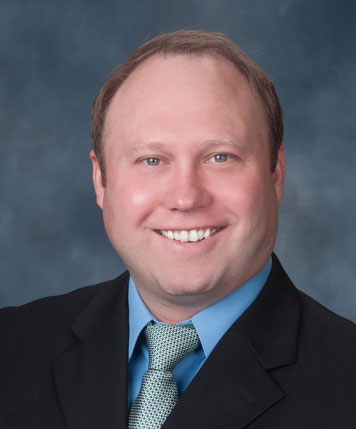 Tye Korbl’s background in finance, along with a blade-sharp work ethic, means he focuses on his clients’ financial goals.

The Rest of the Story

Tye teams with his clients to achieve results. Not too surprising for this Grafton, N.D., native who was born on the same day the U.S. Men’s Ice Hockey Team won its gold medal in 1980, after the Miracle on Ice win over the Soviet Union and medal game with Finland.

Working as a team leader isn’t new to Tye. He lettered in hockey, football and baseball, later playing Division I hockey at Brown University, earning all-academic status while serving as team captain. He also played professional hockey in Wichita, Kansas.

Tye appreciates the Red River Valley region’s focus on family and community. He serves as an assistant hockey coach of the Fargo North Spartans and keeps his competitive edge sharp by playing men’s league hockey and softball.

Tye’s achievements mirror a quote by hockey great Wayne Gretzky who said, “The highest compliment you can pay me is to say that I work hard every day.” Tye uses these same qualities to lead clients on their path towards financial success.